Back at the time I used to work for the (aquirer) customer’s dashboard – which involved a web instance as well as an iOS and Android app. Parallel to this there was another product being developed inside the company that was the banking app and the idea was to merge these two experiences into one. As you can imagine this poses quite some challenges regarding technology and how things are built, as well as design choices that need to be merged and also team culture and ways of working.

During the 3 months I was involved in this unified app the team and I had to run countless interviews with customers, a small component library had to be made in order to align on basic design choices, several batches of usability tests and some meetings on how to make it feasible. Everyone was involved in the conceptual and flow discussions.
‍
-> Read more
‍
→ See the website

What is an acquirer?

The acquirer’s app/dashboard was the main medium where our customers could check their sales, the money still due and anticipate their receivables.

The banking app was an early stage product that provided basic features and was in need of growth. 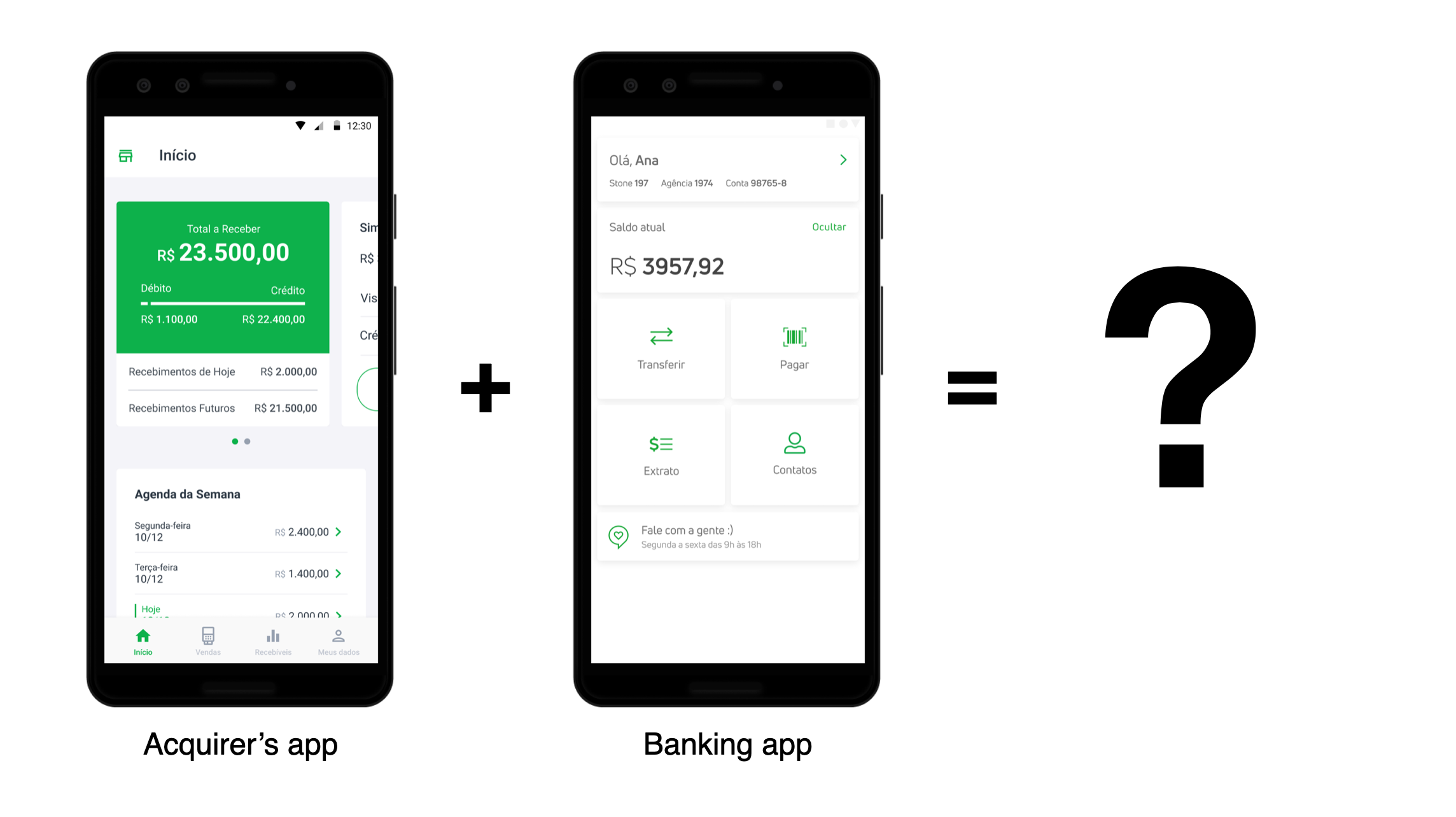 We worked for 3 months in a War Room. Each team had a different modus operandi.

Then we took a step back and analysed the biggest players of each market (acquirer, banking and loan/credit).

After this we’ve also made a chart of two moments in time for each of our competitors and where is Stone positioned in the market. 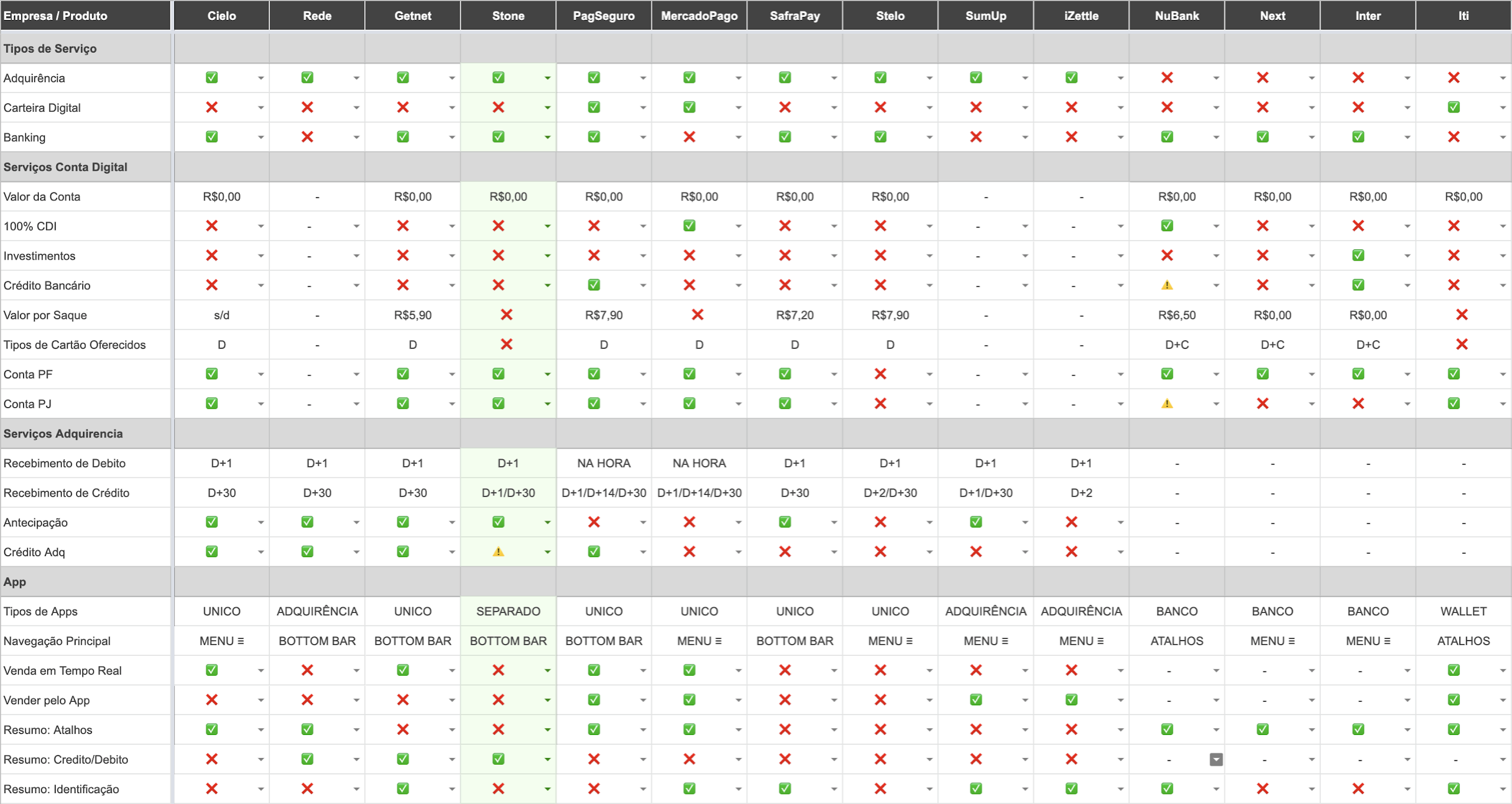 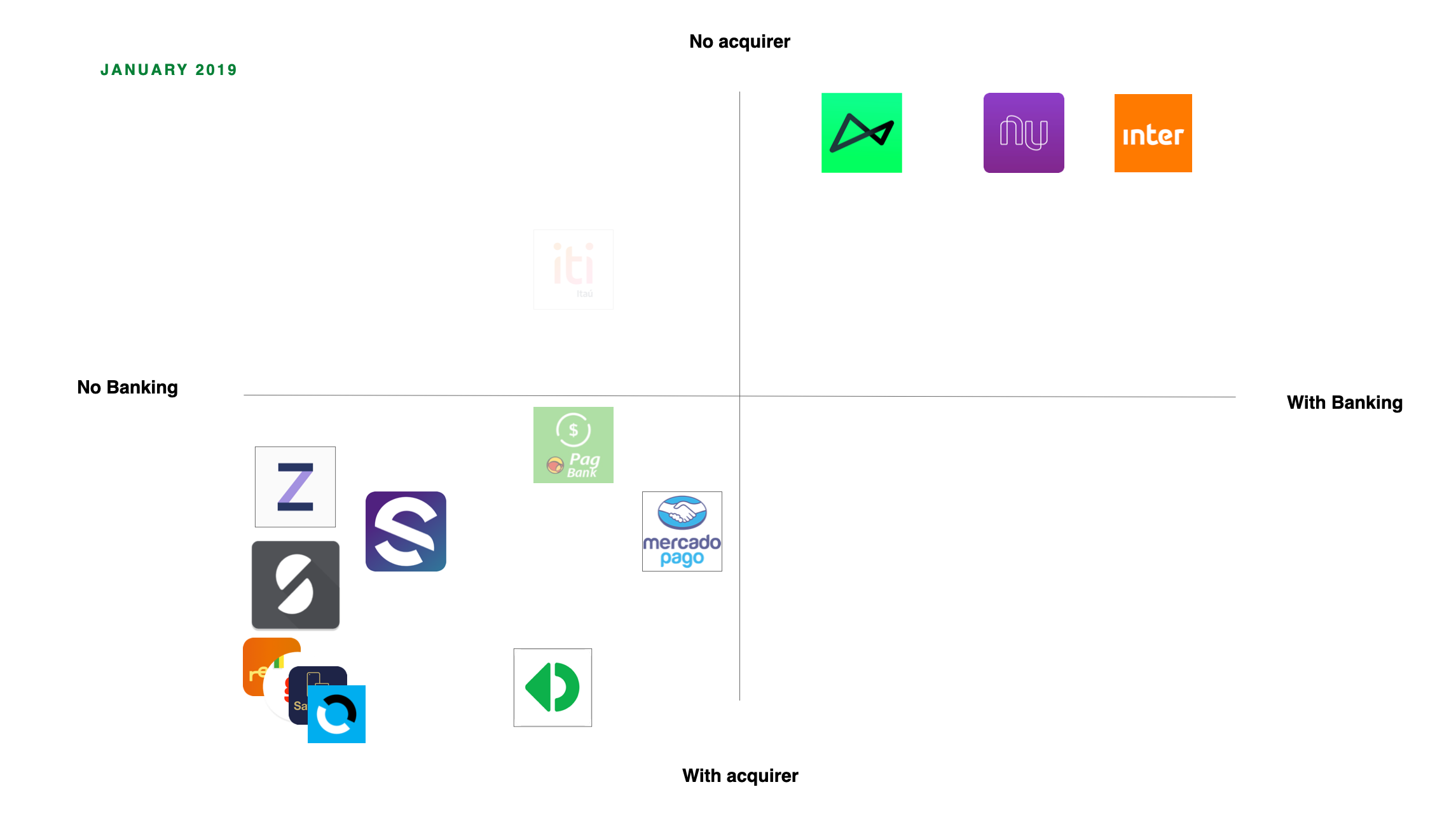 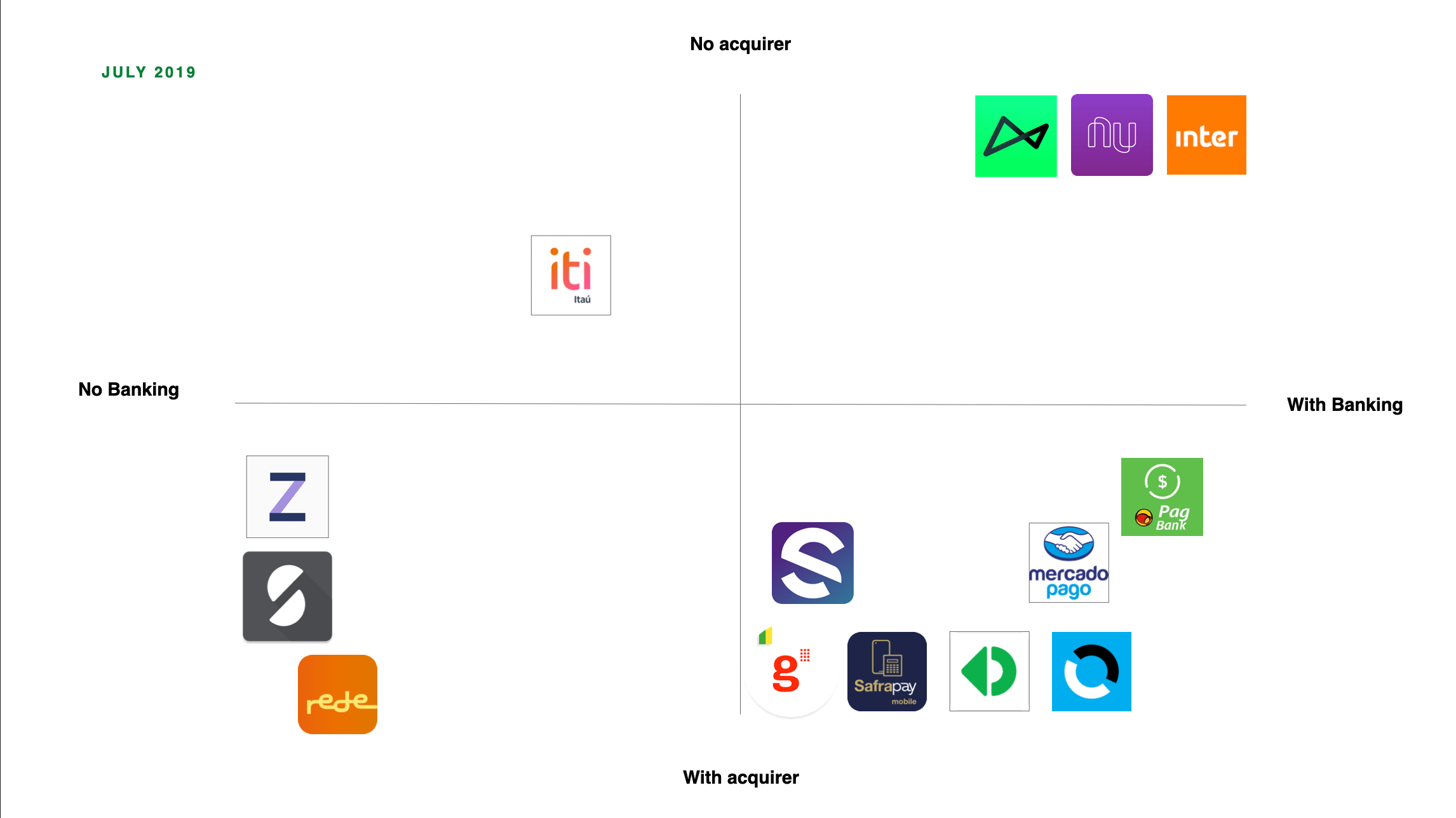 With all this information in mind we’ve started with the first prototypes and usability tests in order to quickly validate and iterate.

We went through several iterations of prototypes and tests in order to validate our assumptions, theories and improve our ideas. 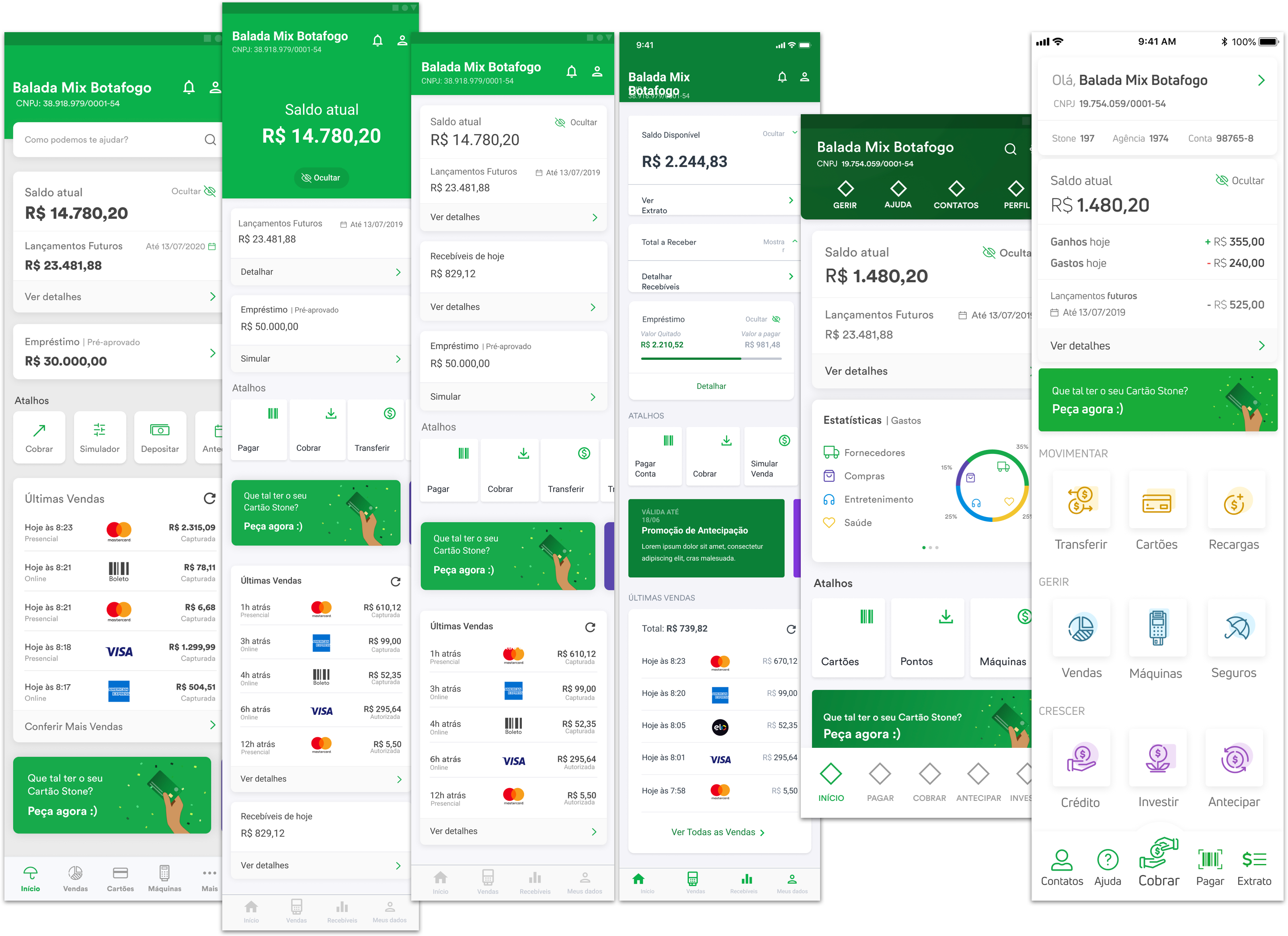 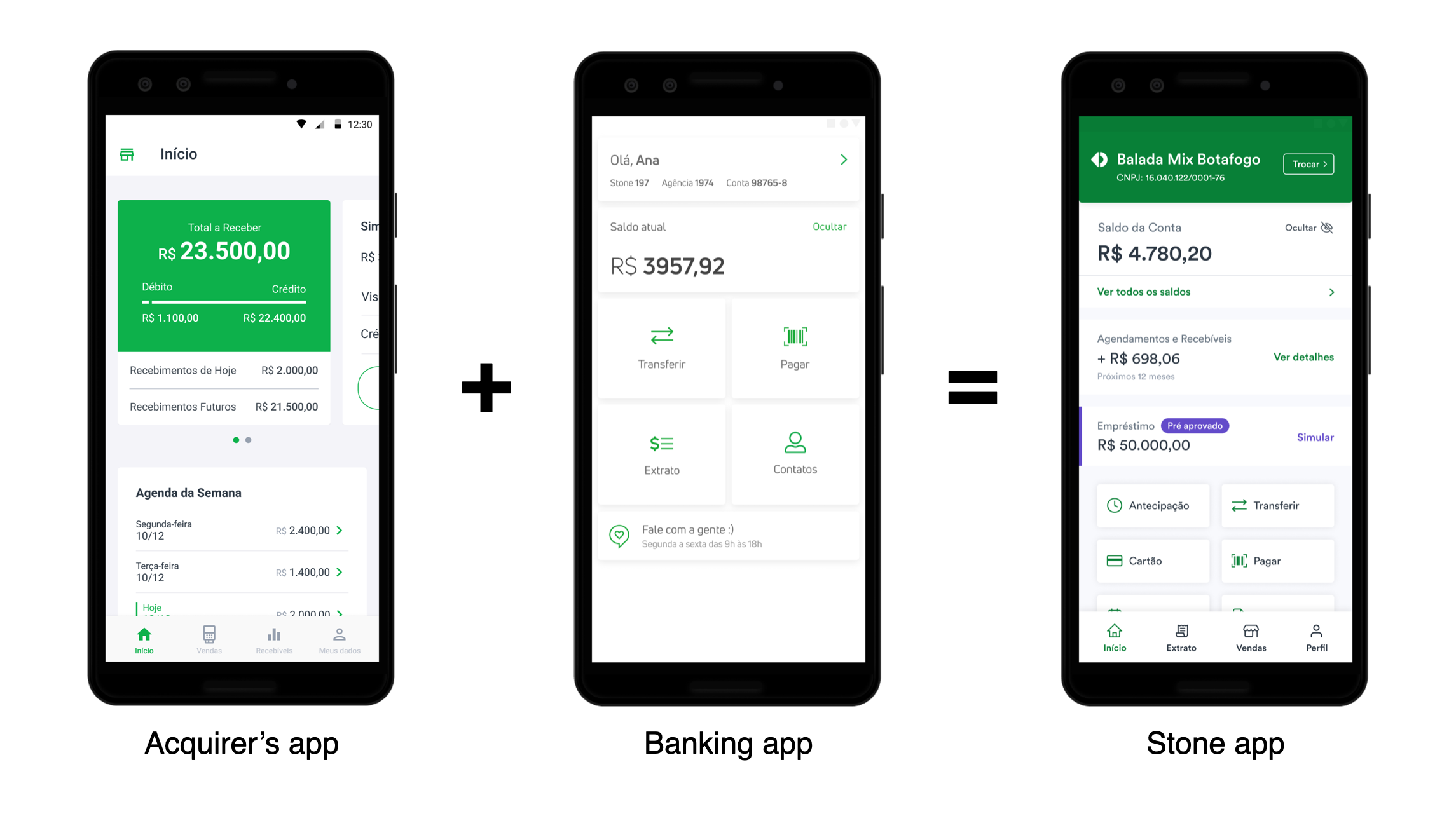 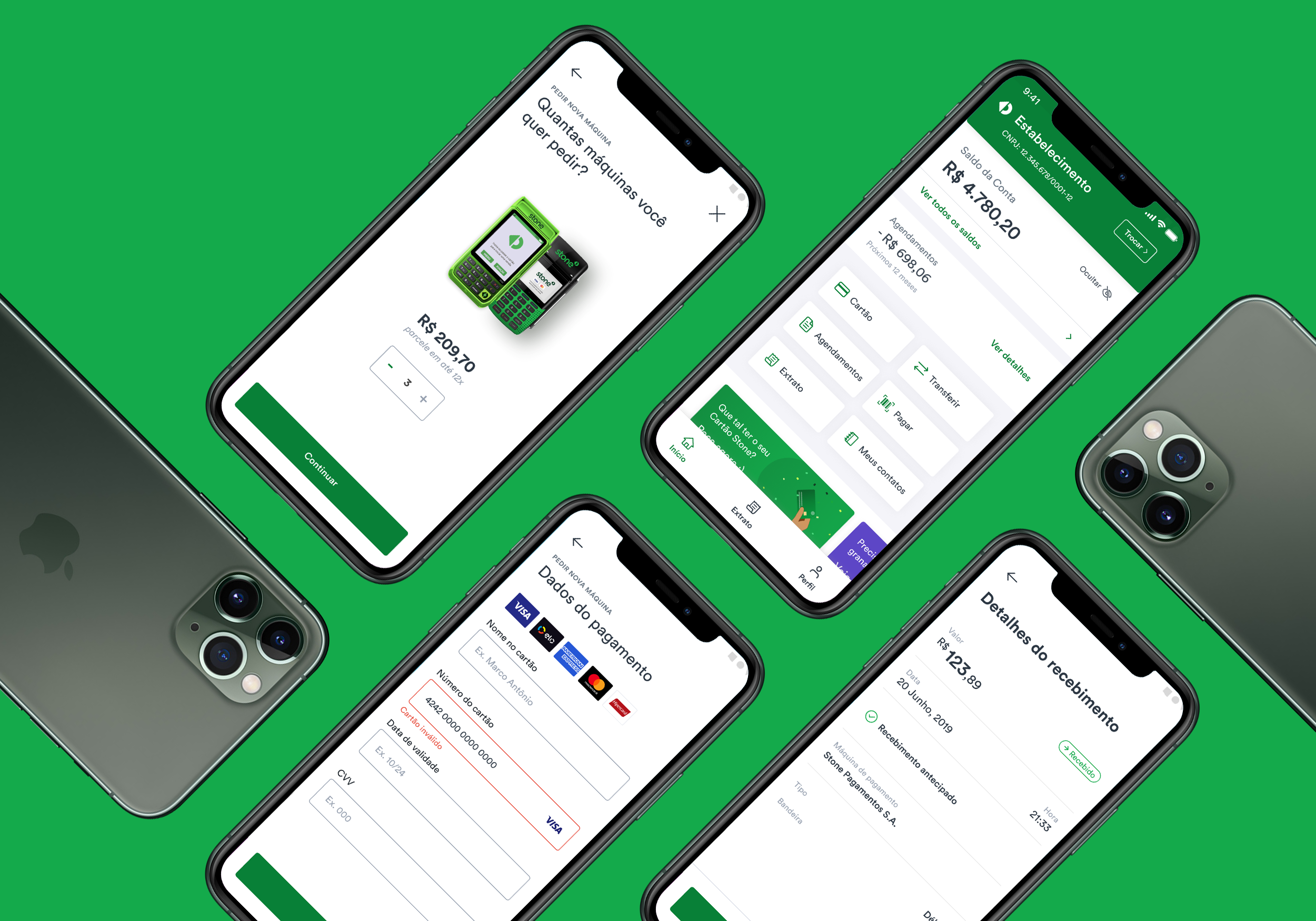 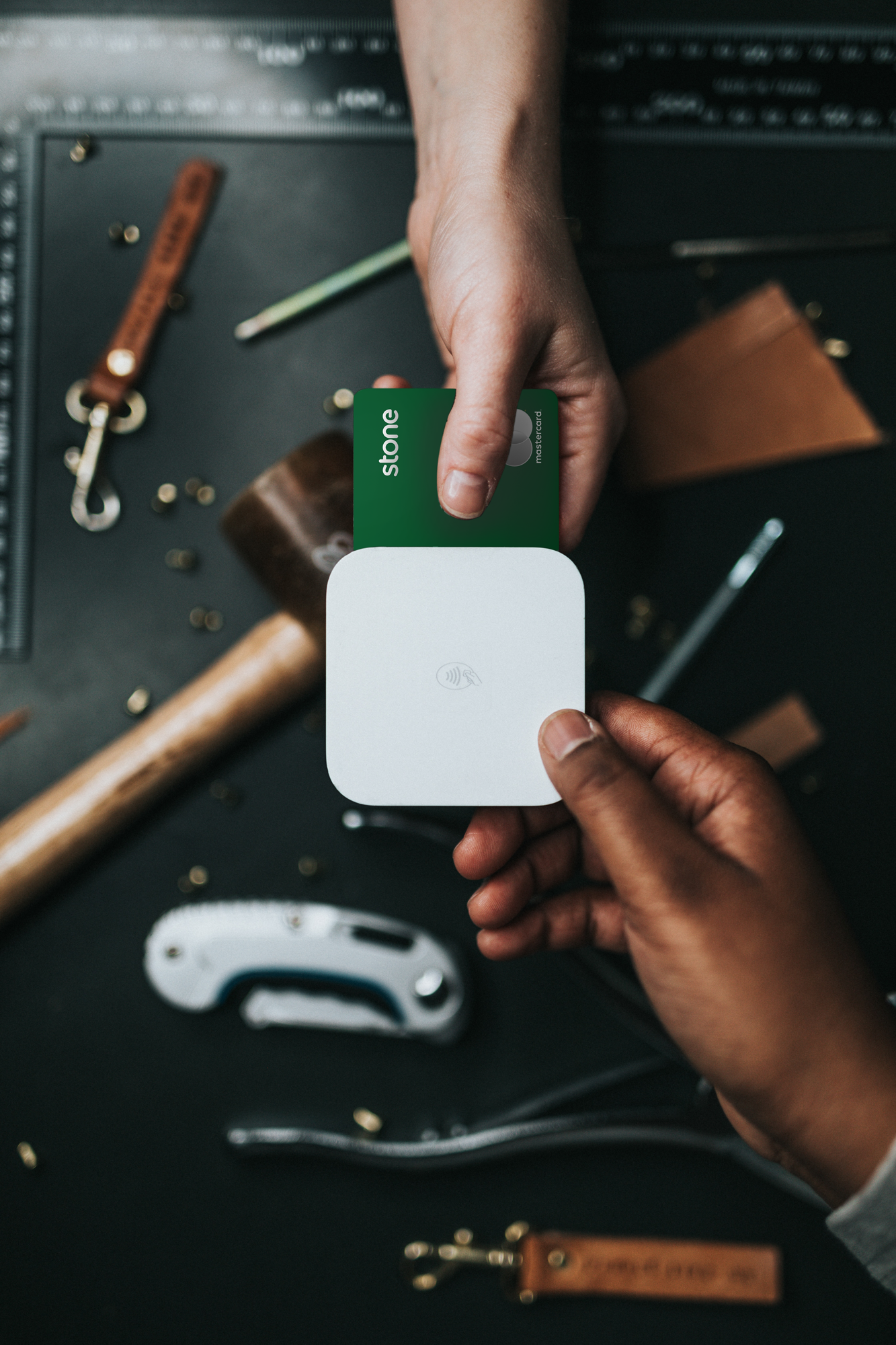