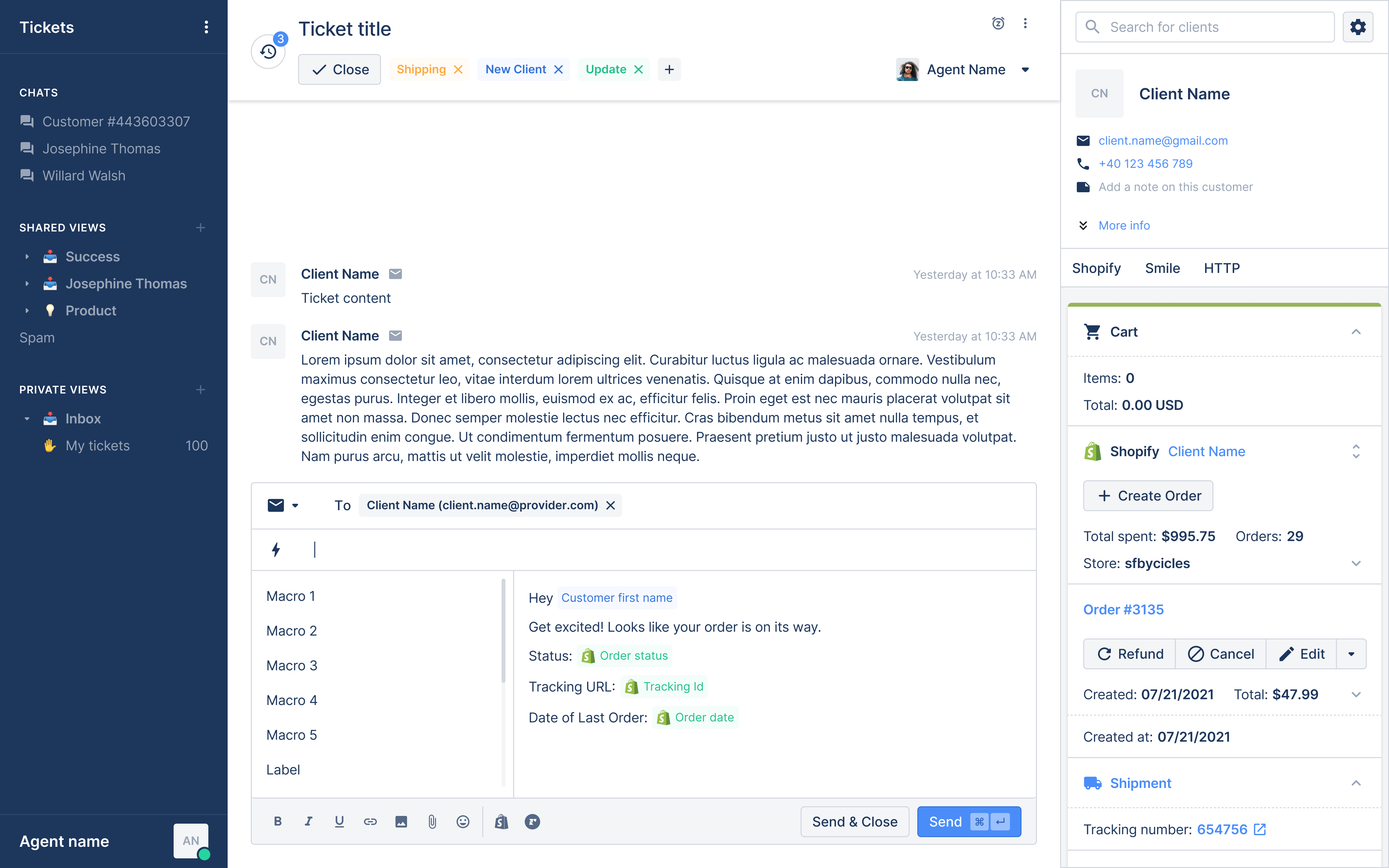 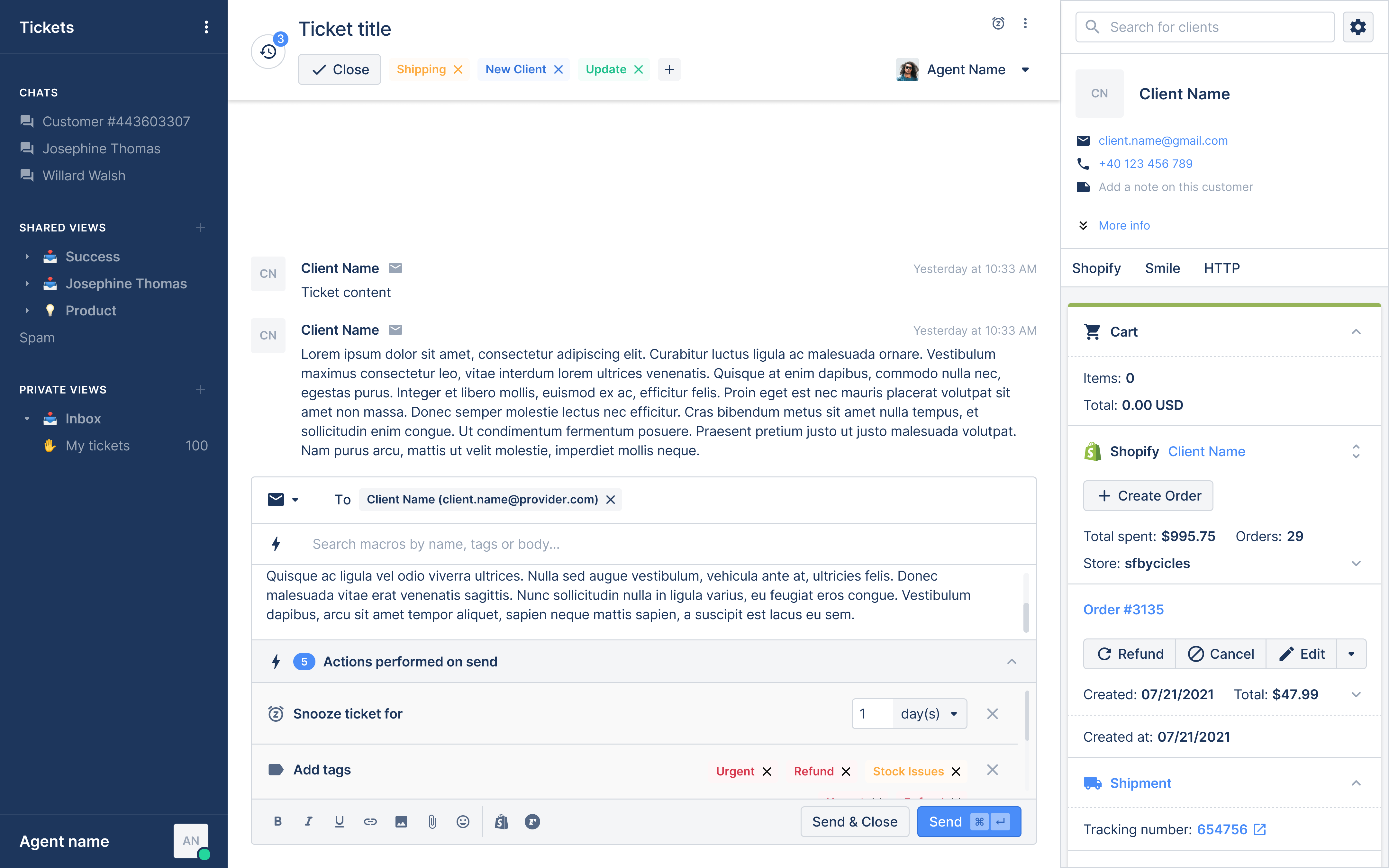 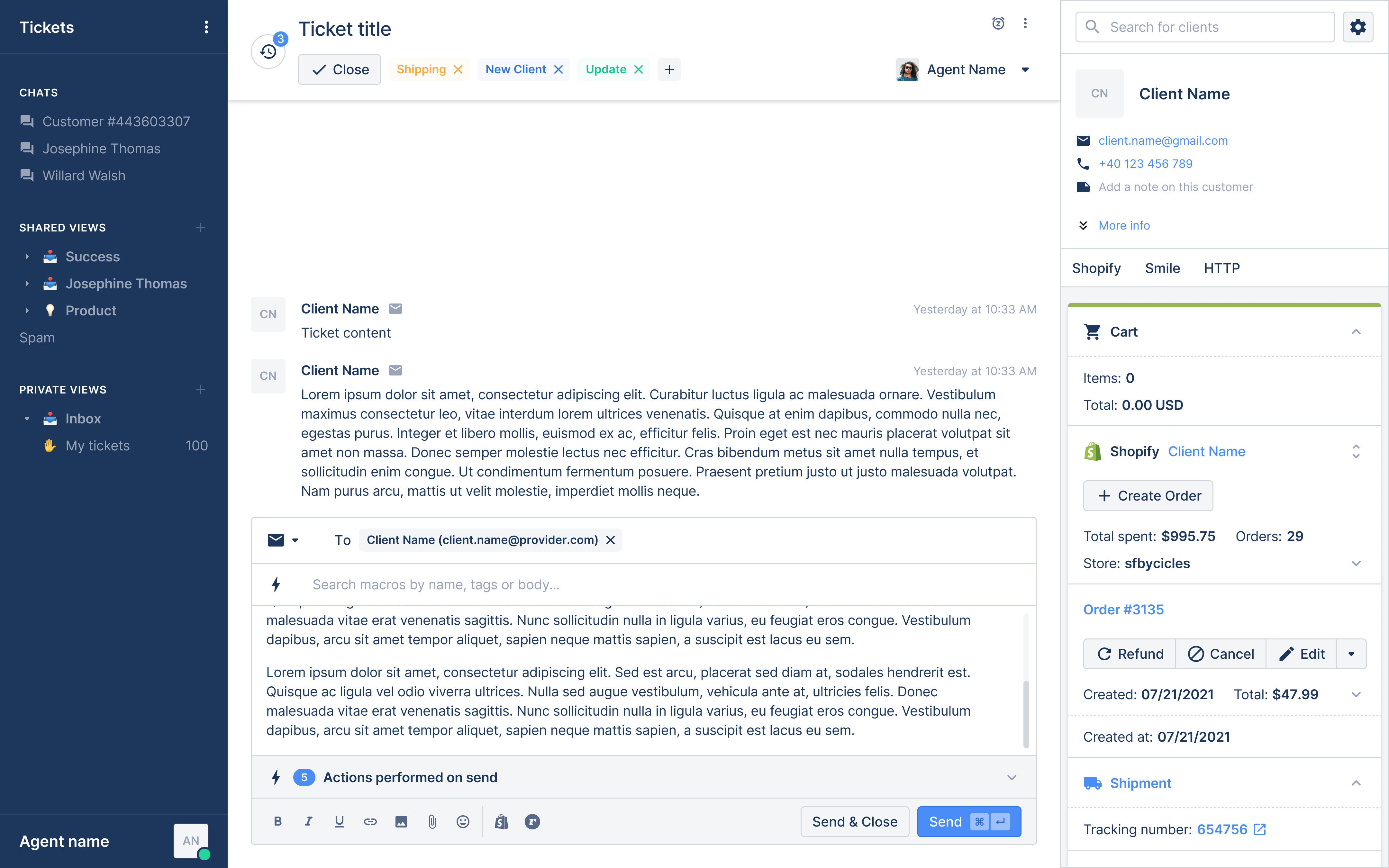 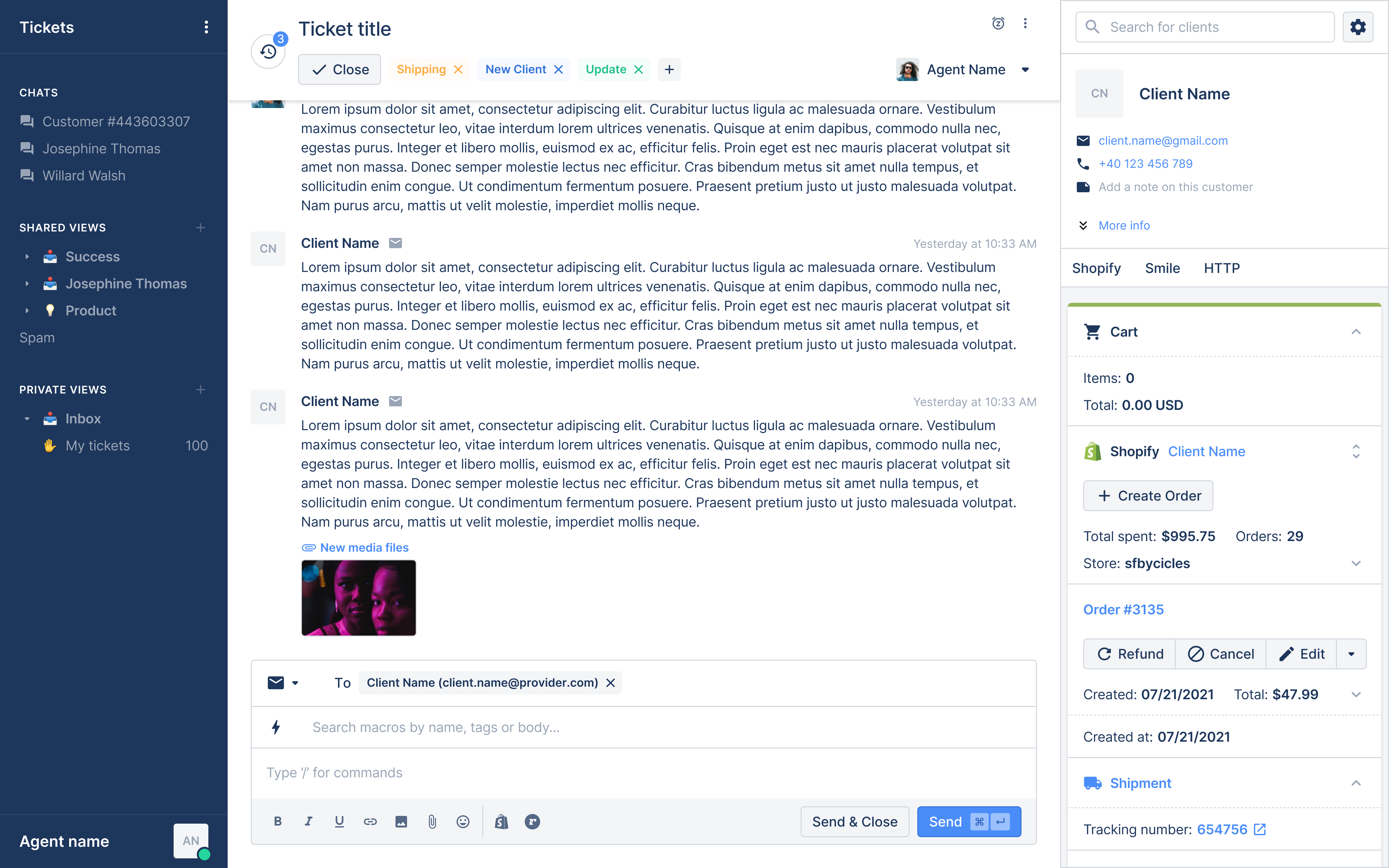 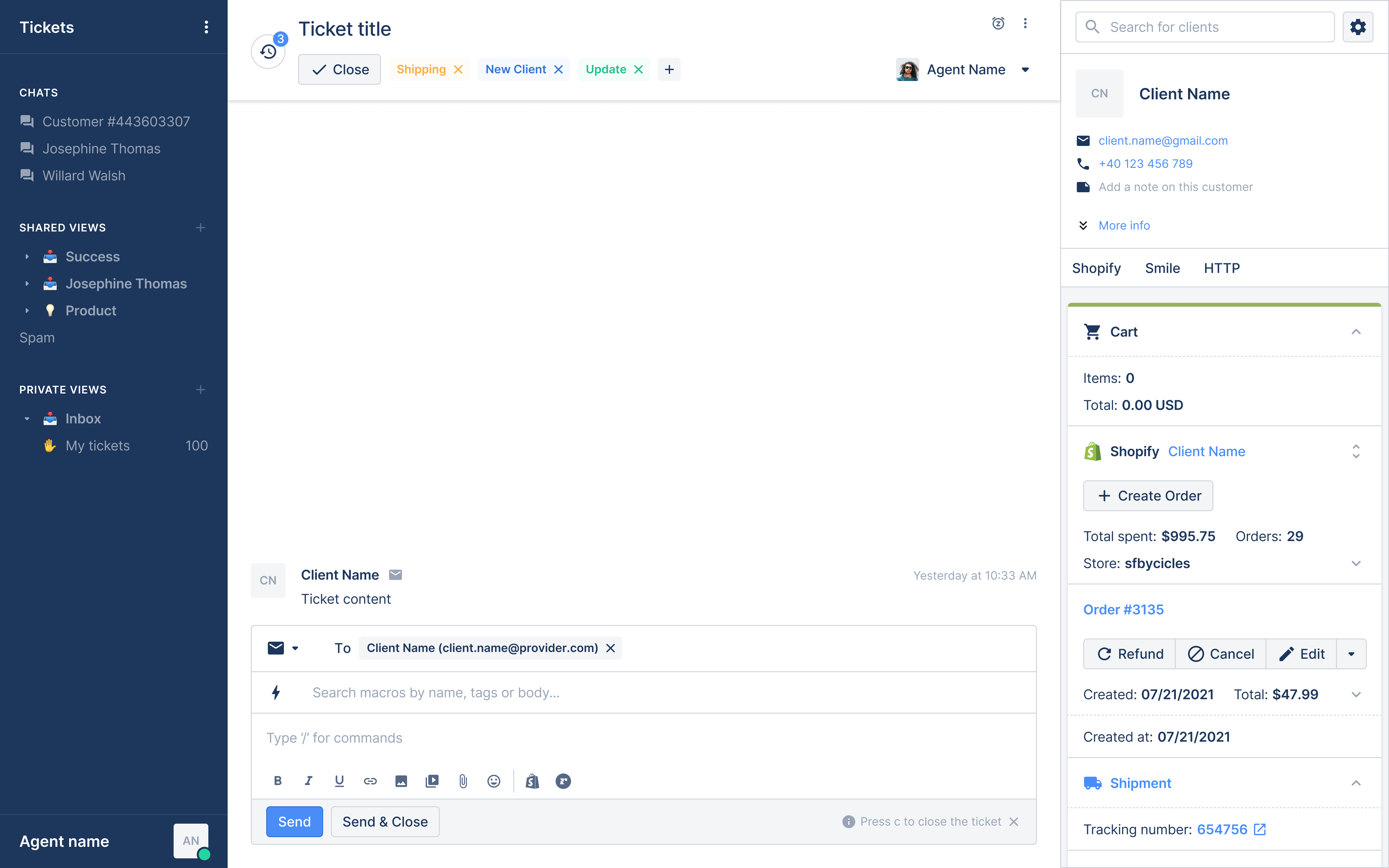 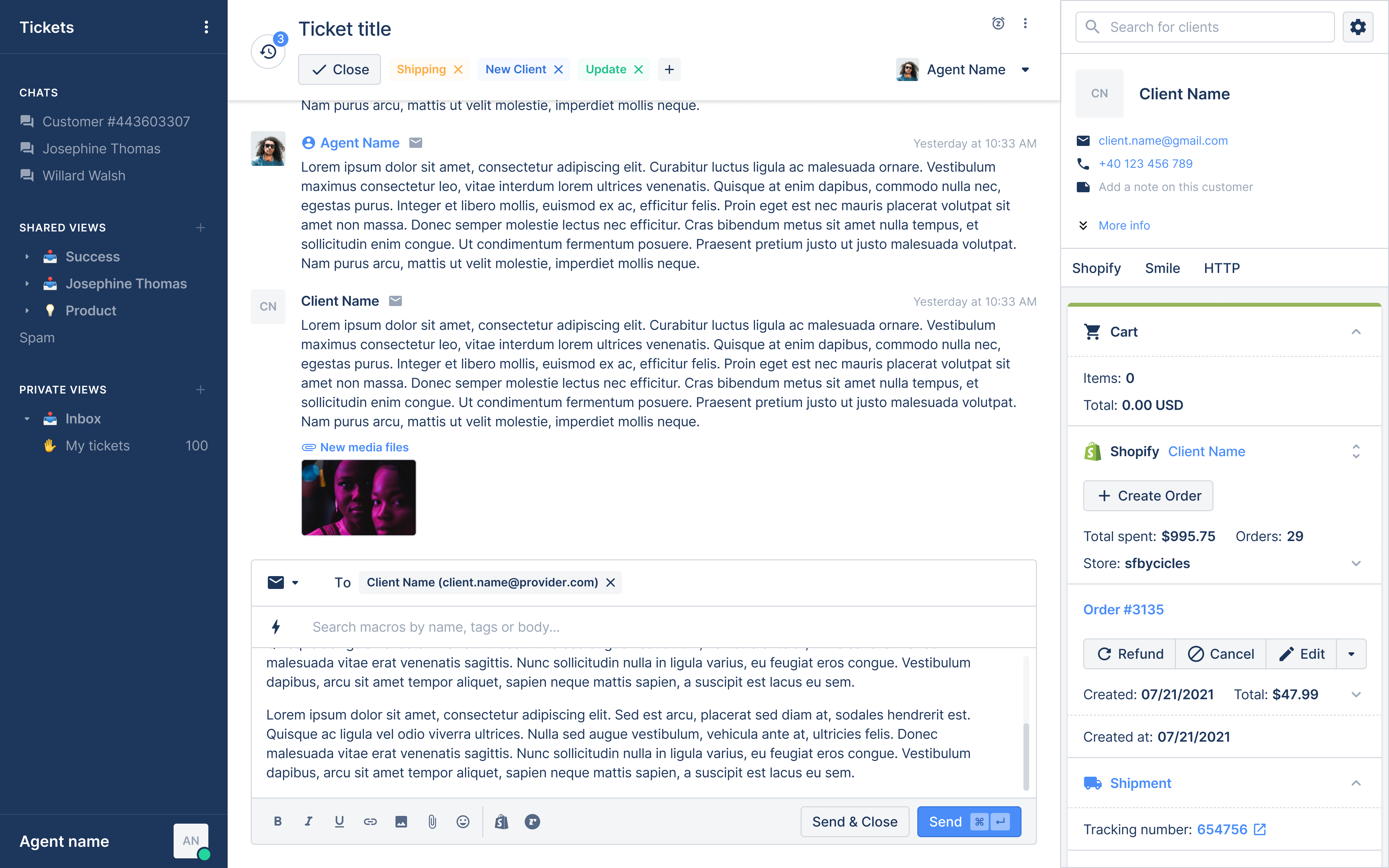 Gorgias provides an integrated helpdesk for e-commerce brands, making it easy to deliver personalized support and automation across multiple channels. It has grown significantly since the start of 2020.

Users can’t refer to past messages without losing sight of their response editor because everything is comprised in the same scroll behaviour.

It’s important for users to be agile and always have the most used buttons Send and Send & Close in the same place.

Job to be done

The first issue with the current system is that the response editor has a fixed height which can actually make it very tricky for people with smaller monitors to see multiple messages at once. 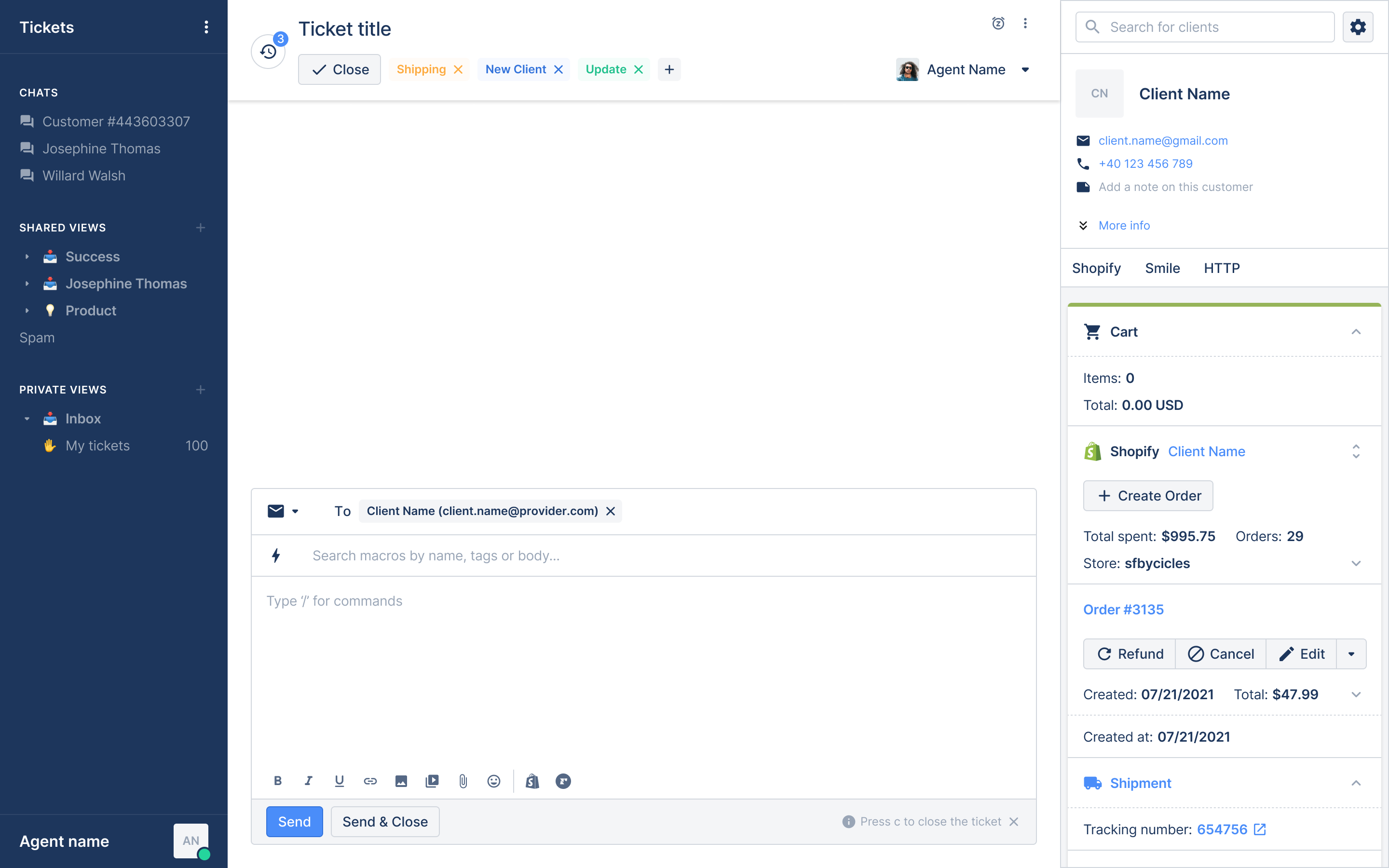 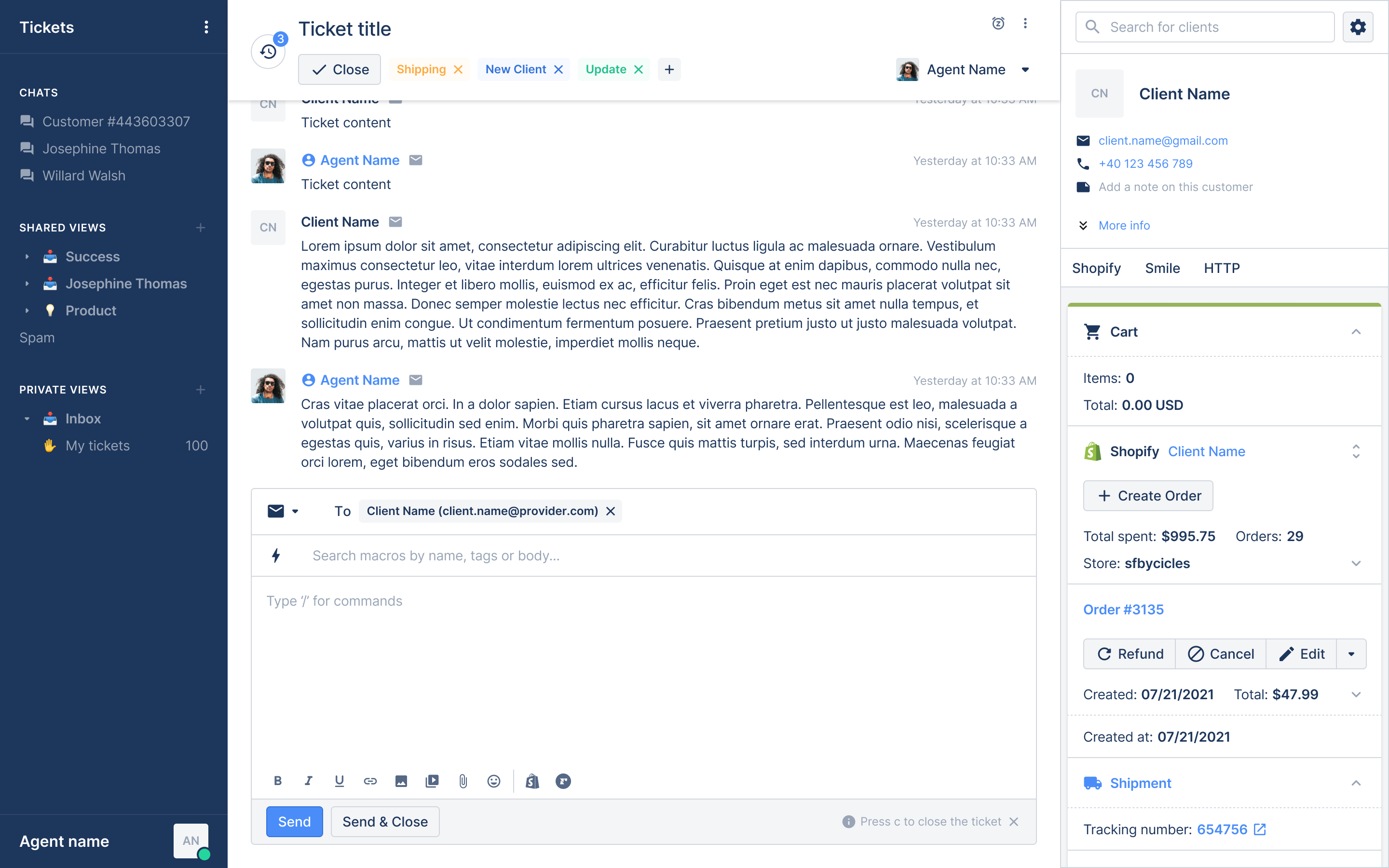 Impossible to refer back while writting

The second problem is that when you scroll up to read and reference previous messages the response editor goes out of the screen so the user can’t effectively write and consult previous exchanges at the same time. 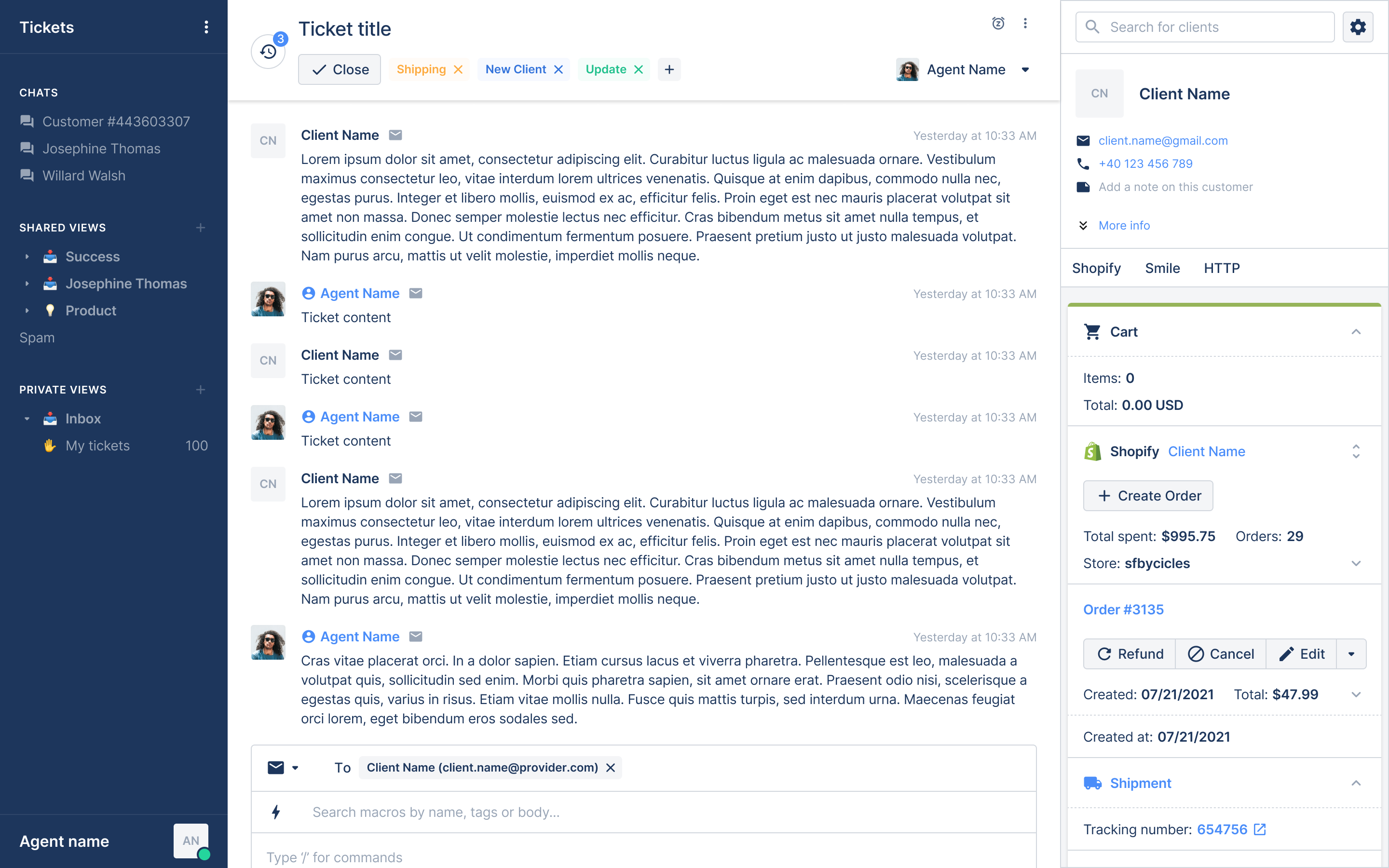 In order to optimise in height we decided to move the editor buttons to the same line as the main action buttons.

We also chose to switch the position of the main buttons 'Send' and 'Send & Close' to the right side in order to make it closer to other chat experiences like Whatsapp, Telegram, Slack... 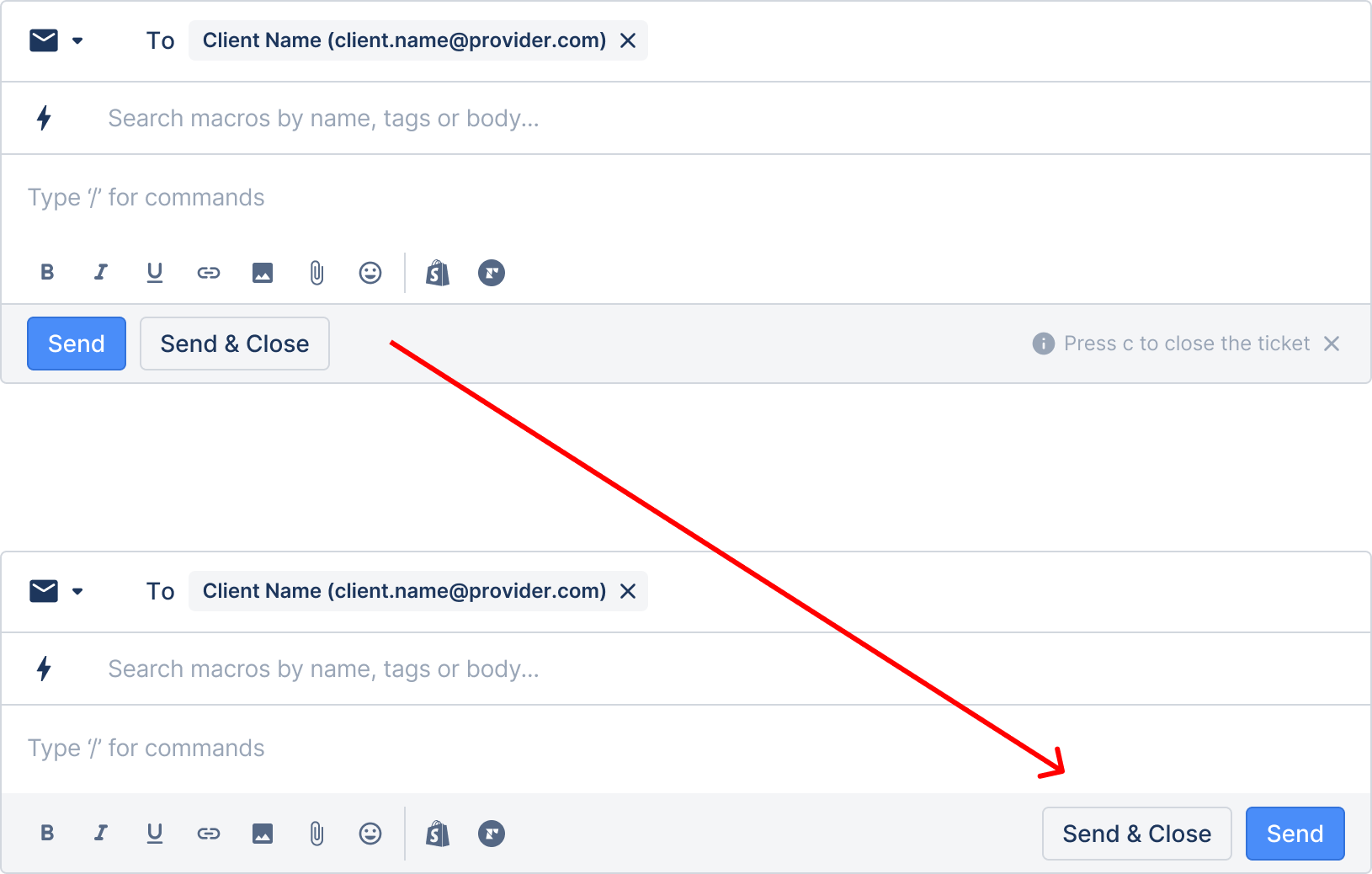 For the first problem the solution is fairly simple:

The second part of the solution aims to address the impossibility of scrolling up while composing a response. For that purpose we: